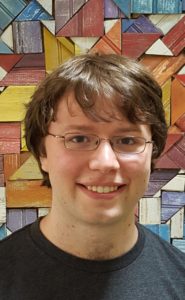 I’m a Rabin Postdoc in Theoretical Computer Science at Harvard. I work on algorithm design and complexity theory, and I especially like using algebraic tools to solve problems throughout computer science. I’ve written more about my background and work in my CV and Research Statement.

I completed my PhD in Computer Science at MIT, advised by Ryan Williams and Virginia Vassilevska Williams. I spent the first half of grad school at Stanford until I moved to MIT with my advisors.

Before that, I was a Math major at MIT, where I lived on Floorpi in East Campus, and I helped organize the Undergraduate Math Association. I have also interned in the Theory Group at IBM Almaden, worked as a Software Engineer at Addepar, and participated in the REU in Combinatorics at the University of Minnesota, Twin Cities.